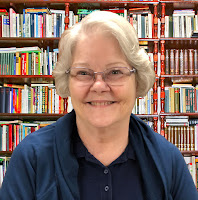 Kathy Akins began writing “for real” when she retired from a 30-year career with the United States Postal Service. She has won several awards with her poetry, devotionals, and short fiction. Her short stories and poetry have been published in Yule Tidings, Prosateurs: Tales & Truth, Blackbirds Third Flight, Creations 2015, and Creations 2014. A love for history, family, and animals touches her everyday life and inspires her story ideas and characters. She lives in and shares her home with miniature long-haired dachshunds and a rescued Catahoula. Her dachshunds assist her when she presents dog-related educational programs for children in her capacity as an American Kennel Club (AKC) Canine Ambassador. She is a member of Oklahoma Writers Federation, Inc., Society of Children’s Book Writers and Illustrators, and American Christian Fiction Writers. Visit her website at kathyakins.blogspot.com. 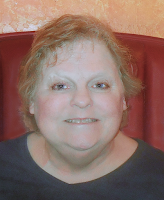 Debbie Anderson wrote the novel Friend or Foe in 2018. A long-time storyteller, she has written and shared stories since she was a child. The oldest of eight children she used these stories to entertain her siblings as well for her own enjoyment. She learned the love of travel going on family vacations and spent eighteen years in the travel industry. As a result, she has been to nearly every state and six countries. She left the travel business after 9/11. Since then she has written business documents such as manuals and procedures for the electronic and oil industries. In addition to writing, she enjoys sewing, quilting, crafts, painting and spending time with her family, especially her grandchildren. She finds humor in everyday people and events and incorporates them into her writing. She writes short stories, memoirs, novels, children’s stories, and how-to books. She has been published in Yule Tidings, Prosateurs: Tales & Truth, Creations 2018, and Creations 2017. 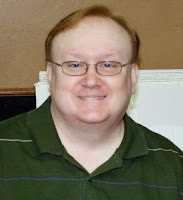 Stephen B. Bagley's latest book is Floozy Comes Back, a collection of humorous essays. He co-wrote Undying, a collection of dark poetry, with poet Gail Henderson. He wrote Murder by Dewey Decimal and Murder by the Acre. His other books include Tales from Bethlehem, Floozy and Other Stories, and EndlesS. He wrote the full-length plays Murder at the Witch’s Cottage and Two Writers in the Hands of an Angry God and co-wrote Turnabout. His poetry, articles, short stories, and essays have appeared in Yule Tidings, Prosateurs: Tales & Truth, Writer’s Digest, Blackbirds First Flight, Blackbirds Second Flight, Blackbirds Third Flight, ByLine Magazine, Nautilus Magazine, Pontotoc County Chronicles, Tulsa World OKMagazine, Free Star, Dark Prairies & Deep Rivers, the Creations anthologies 2012-2015, and other print and online publications. He graduated from , , with a Bachelor of Science in Journalism. He is a member of Oklahoma Writers Federation, Inc. Visit his website at StephenBBagley.blogspot.com. 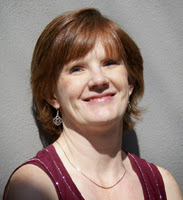 Wendy Blanton wrote Dawn Before the Dark, the first book in a fantasy trilogy, which was published by the Christian fantasy publisher Bear Publications in the fall of 2019. She also co-wrote three fantasy novels, The Dragon’s Lady, Rogue Pawn, and Sword and Scabbard, under the name Elizabeth Joy with co-author Scott Carman. Her short stories have appeared in Yule Tidings, Prosateurs: Tales & Truth, Blackbirds First Flight, Blackbirds Second Flight, and Blackbirds Third Flight. Currently, she writes novels and short stories in several genres. She has a Bachelor of Applied Science in Business Management from the University of Mount Olive, , and served on active duty for the United States Air Force for eight years. She is a storyteller specializing in telling Celtic folk tales at Scottish Highland Games and other venues. She and her husband are members of the Clan Campbell Society of North America. She lives in the wilds of the Chicago outback with her husband and three geriatric cats. She is a member of Oklahoma Writers Federation, Inc. Visit her website at wendyblanton.com. 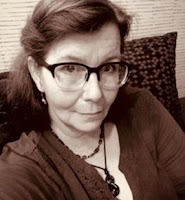 D.E. Chandler released her debut novel, Bone Sliver, in October 2015, and the sequel, Nova Wave, in 2018. Her collection of short works and poems, titled Weathered, was also released in 2018. In 2013, her poem, “Oppenheimer,” and her short story, “One Way Window,” both won honorable mention and publication in Outside the Lines. In 2015, her poem “Carroll After Dark” won first place and publication in the Tulsa Review’s 2015 Spring contest issue. Her short stories, poems, photographs, and articles were also published in Yule Tidings, Prosateurs: Tales & Truth, Blackbirds Third Flight, The Green Country Guardian, The Sapulpa Herald, and Sapulpa News and Views. She has a BA in English and is a graduate student at Oklahoma City University’s Red Earth MFA program. She lives with her husband Tom in Oklahoma. She is a member of Oklahoma Writers Federation, Inc. and Oklahoma Bloggers and Influencers. Visit her website at https://dechandlerwrites.com. 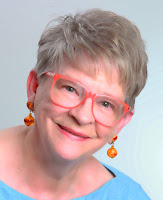 Anita Blackwell Robertson was born and grew up in Ada, Oklahoma. She graduated from Oral Roberts University in Tulsa with a Bachelor of Arts degree in English and Performing Arts. She met and married her husband at ORU, and they remained in Tulsa for most of their adult life. Anita has been a professional calligrapher for forty years. She and her husband homeschooled their children, and the family traveled for fifteen years across the U. S. selling her framed calligraphy in juried art shows and craft fairs. Her sales reps also sold her work in major wholesale markets to the retail trade. Many of her calligraphy pieces were her original poetry. Family responsibilities brought her and her husband back to Ada in 2003. While working as director of the Ada Arts and Heritage Center, she wrote a series of twelve newspaper articles for The Ada News about the life of native son Robert S. Kerr. After retiring from the Arts and Heritage Center, she decided to fulfill a bucket list desire, writing her memoir for future family generations. That book is almost complete. She is working on another book for the Christian market about observing the biblical festivals of the Lord. Her short story was published in Creations 2019. She is a member of Ada Writers. She and her husband plan to move to the country of Jordan in the near future.  Visit her blog and website at https://refugeinjordan.com 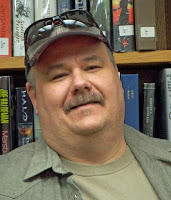 Heath Stallcup was born in , , and relocated to in his tween years. He joined the US Navy and was stationed in , , and , shortly after junior college. After his second tour, he attended , , where he obtained Bachelor of Science degrees in Biology and Chemistry. He then served ten years with the State of as a Compliance and Enforcement Officer while moonlighting nights and weekends with the local sheriff’s office. He lives in with his wife and three of his seven children. His short stories were published in Blackbirds Second Flight, Blackbirds Third Flight, Deadly Eleven, Middletown Apocalypse, Middletown Apocalypse 2: Midtown Apocalypse, Let's Scare Cancer to Death, Fight the MonSter, Bite-Sized Offerings: Tales & Legends of the Zombie Apocalypse, and collected in Mind Trip. His books include Whispers, Caldera, Caldera II: Out of the Fire, Caldera III: Return to Yellowstone, Caldera IV: Countdown to Oblivion, Forneus Corson, Hunter, Hunter II-Assassin for Hire, and the continuing Monster Squad series: Return of the Phoenix, Full Moon Rising, Coalition of the Damned, Blood Apocalypse, Homecoming, Wayward Son, Obsessions, and Specters. Visit his website at heathstallcup.com. 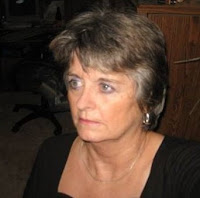 Joanne Verbridge was born in Oakland, California, spending her early life experiences in Northern California. Family brought her to Oklahoma where she enjoys writing memoirs and crafting. She works to inspire her young nieces to take an interest in storytelling and writing. Her memoirs and short stories and articles have been published in newspapers and Yule Tidings, Prosateurs: Tales & Truth, Creations 2015, Creations 2014, Creations 2013, and Creations 2012.